Thursday saw over 60 members at St George's Hill for the first meeting of the year. The day was a little damp at the start, but brollies were not required. The course was, as usual, in superb condition, although the greens were unusually slow for St George's Hill. This gave a few players some problems!

The Competition was played with full handicap allowance for the first time (CONGU has ruled that Stableford Competitions should be run with full allowance). As can be seen from the winners' list below, the scores returned were around the normal level.

It was good to see Kelvin Tatum and Eddie Clark as new members attending their first meeting.

The lunch was up to the usual high standard and was much enjoyed by all. The 9-hole afternoon Greensomes was played on the green course – the green course at St George's Hill has had a ‘load of money' spent on it this winter and is getting better and better. 6.30 saw my drive-in and much to my surprise I hit the ball straight down the middle – why could I not do that in the competition! The cups and prizes were presented to the winners, with thanks to BCA for sponsoring the prizes.

The AGM was attended by about 30 members and Paul Richmond stood in for Stan Thompson. If you are not aware, Stan has recently had major surgery and although unable to attend the AGM, is making a good recovery. Our thoughts and best wishes are with you Stan.

The main points from the AGM were:
Finance

Due to a loss of £4+K on the dinner (which had to be cancelled) we made an overall loss of 2.3K.
Dinner

It has been decided to try to have the 2009 dinner at ‘Simpsons In The Strand' where we can have a minimum attendance of 100 and a max of 150. A booking will only be made when we have confirmed attendance of 100. This will ensure that there can be no possible loss.
President Elect

Gerry Lynch was unanimously elected as President for 2010 and I was confirmed as your President for 2009. I am delighted to be the Society's 76th President. Looking at the list of our Presidents, it reads like a ‘Who's Who' of the Motor Industry and I'm very proud to be in such esteemed company.
BEN

Due to the low interest rates and the absence of the dinner, only £424 was donated to BEN last year. Tony Worthy gave a very short report about BEN, explaining that due to the very deep industry recession, BEN was suffering badly from a lack of income, but they were working hard so that their services were not affected. Tom Maddon suggested that some form of ‘Meeting' levy could be undertaken to raise cash for this very worthy cause and the Committee undertook to look into this.
Matches

Finally, I reminded members that MTGS shirts, sweaters and ties (for the meal) must be worn for ALL matches and fines would be levied on members not complying – the fines could be more than the cost of a sweater!! (Match fines being donated to BEN) Members listed for matches who find themselves unable to play MUST contact a reserve and when a replacement player is found, contact the Match Manager and tell him of the replacement. 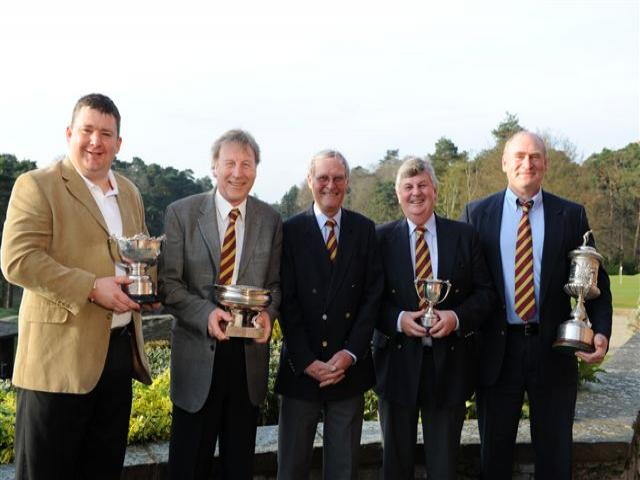 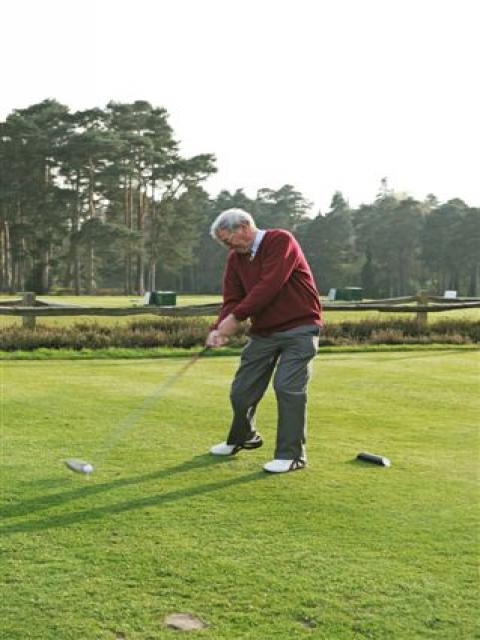 I have - straight down the middle!!